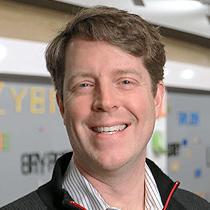 Matt Richards has served as Chief Marketing Officer since December 2017 after initially joining Datto as VP of Product Marketing. Prior to joining Datto, Richards was VP of Products and Markets at ownCloud from 2012 to 2016. He previously held key management positions at CA Technologies, Novell, and IBM. Richards earned his bachelor’s degree in mechanical engineering and engineering sciences from Dartmouth College and earned his MBA from the MIT Sloan School of Management.