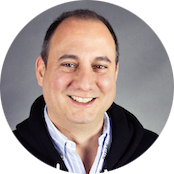 Luis is IT Glue's VP, Product. In his native Columbia, he was in the music business, once touring with Shakira. He came to Canada in 1997 to further his career in music, and found work selling music software. This led him into the IT space, where after some training he started his own consultancy. His first managed service client was a small medical clinic. As his managed services business grew, he met Chris Day, and eventually joined Chris's MSP, Fully Managed. Luis left Fully Managed to start his own MSP, Ook Enterprises. Challenged with documenting his clients' information systematically and transparently, Luis also developed a SaaS app called Monkey Box. In 2017, Monkey Box was acquired by IT Glue, and Luis was named IT Glue's VP, Product, taking on the responsibility of growing and improving the world's best documentation platform.