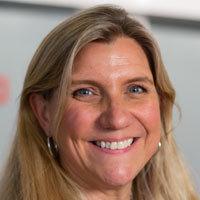 Tania Sheppard is a 20-year channel veteran, who began her career in two-tier distribution at MicroAge in Tempe, AZ. Moving into the network security arena, Tania continued her channel support role managing VARs for Symantec. After moving to northern CA from AZ, she transitioned into the adjoining channel world of MSPs, helping them achieve sales and marketing success and providing total data management to their clients.  Tania is a Channel Development Manager in the Bay Area at Datto, thoroughly enjoying working and playing with partners, and contributing a small part in the continued success of the MSP channel.

Tania is married to entrepreneur, Sean Sheppard, with whom she has two children and three dogs. She enjoys golf, cooking, wine, hiking, and having fun with family and friends.