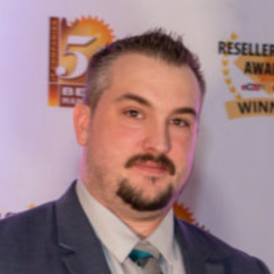 Alexander “Sandy” McGrath is a passionate technology enthusiast who has been supporting Calgary businesses for over 15 years in the information technology field. Since 2011, Sandy has worked at Final Frontiers, where he started as an Analyst, then Service Coordinator, and finally, the Operations Manager since 2016. During that time, Sandy has helped secure three consecutive Top 50 Managed IT awards, completed his SAIT Applied Management degree, and a Sandler Sales Mastery certification.

In his free time, Sandy volunteers at Calgary schools, helping to teach coding to kids, coaches kids soccer teams, blacksmithing, loves Café Racers and has acted as the President of the Douglas Harkness Society.