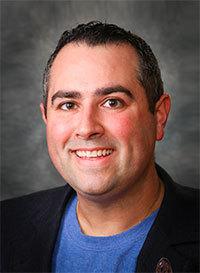 Mike Bloomfield is the President Geek of Tekie Geek, a Managed Service Provider based in Staten Island, New York. Mike is Staten Island’s most trusted IT Advisors, with a passion for Business Continuity, Network Security, Data Security and IT Infrastructure. Mike is regularly published in numerous IT Publications including TechDecisions, ChannelPro Magazine, Channel Executive and others.

Mike has had a passion for technology since an early age and has continued to push forward and ensures that he is always in the forefront of all technological advances. Prior to being President Geek of Tekie Geek, Mike had held such positions of IT/Research and Development Director and Manager of Product Engineering in the corporate world.

Mike has been honored with a number of awards from the business community such as King of Staten Island, Stars Under 40, SIEDC 20 Under 40, Channel Futures MSP 501, and various other awards.

When Mike isn’t focusing on his business, he’s spending time with his beautiful wife and daughter, who give him the drive to keep going. He’s a true geek at heart and it becomes quite obvious when you start to talk Game of Thrones or Star Wars with Mike. Mike is also a proud Kiwanian and sits on a number of committees and boards throughout the local Staten Island community.