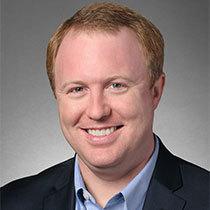 John is Datto’s Vice President of Product, Networking, and leads Datto Networking’s product strategy and roadmap. As a former managed services provider (MSP) and having served in multiple roles at vendors in the Channel, John brings a vast understanding of the needs and challenges faced by MSPs today. John, a well-established presence in the MSP channel, was recognized as a CRN Channel Chief in 2016, 2018, and 2019. He is an active member in the Computing Technology Industry Association (CompTIA), where he served in Managed Services Community leadership roles for more than 8 years, including a two-year term as community chair. John continues to serve as a member of the Ambassador Program, and was awarded the inaugural CompTIA Member of the Year in 2016, an award that recognizes a single member who demonstrates outstanding service to the organization and the IT industry.

John received his Bachelors of Science in Management and Business Administration at the Georgia Institute of Technology.