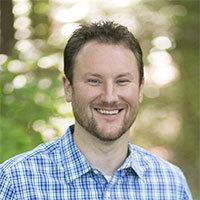 Jason Etheridge is the President and CEO of Logic Speak, a growing managed services provider headquartered in the metro-Atlanta area. He and a business partner started Logic Speak on April Fool’s Day 2004, he later bought out his partner in 2012, then purchased Pro OnCall Southeast in 2016 and expanded geographically in 2019. With 20+ years of IT services experience, Jason is passionate about leveraging technology to help others succeed.

Prior to founding Logic Speak, Jason was a Technology Consultant for Hewlett-Packard following the acquisition of Extreme Logic, a professional services firm focused on the development and delivery of Microsoft-enabled IT solutions. While at Extreme Logic, he received the Extreme Logic Excellence through Results award. In 2001, Microsoft took a preferred equity position in Extreme Logic, and in 2003 the company was acquired by Hewlett-Packard, forming the foundation of Hewlett-Packard's applications solution business in the Americas.

Jason has a Computer Science degree from the Georgia Institute of Technology. He lives in Johns Creek, GA with his beautiful wife Jennifer, two boys Jameson and Jackson, and Harbins, their labradoodle. He’s a conflicted 7 – 2 on the Enneagram, was recently voted life of the party by his co-workers and loves riding his Harley when he’s not changing diapers, coaching baseball or thinking about technology.